Mayor Tom Henry is proud to announce he’ll be seeking an unprecedented fifth consecutive, four-year term as Fort Wayne’s chief executive. Under Mayor Henry’s leadership, Fort Wayne has enjoyed nearly 16 years of unparalleled economic prosperity and quality-of-life amenities that make Fort Wayne an attractive place to live, work and play. From the hundreds of millions of dollars spent on revitalizing our neighborhoods to downtown developments such as The Riverfront at Promenade Park, Ash Skyline Plaza, Cityscape Flats, and The Landing, our community’s positive momentum and public/private investments continue to grow. 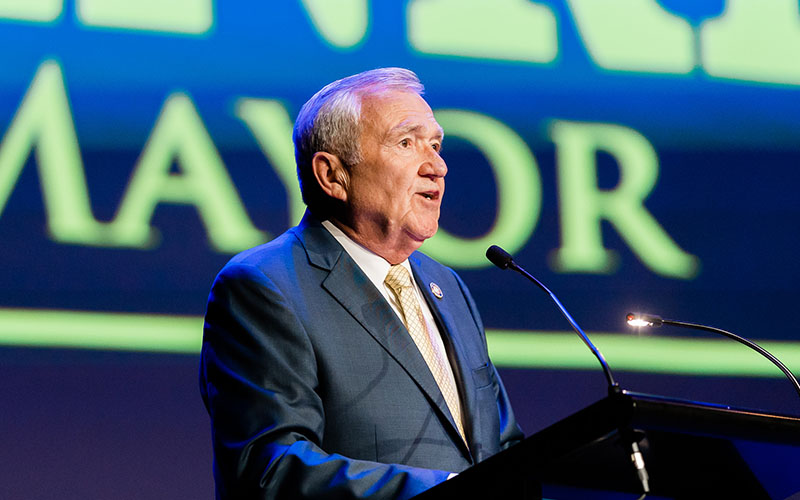 IF RE-ELECTED, HENRY’S ADMINISTRATION WILL FOCUS ON THE FOLLOWING FOUR INITIATIVES: 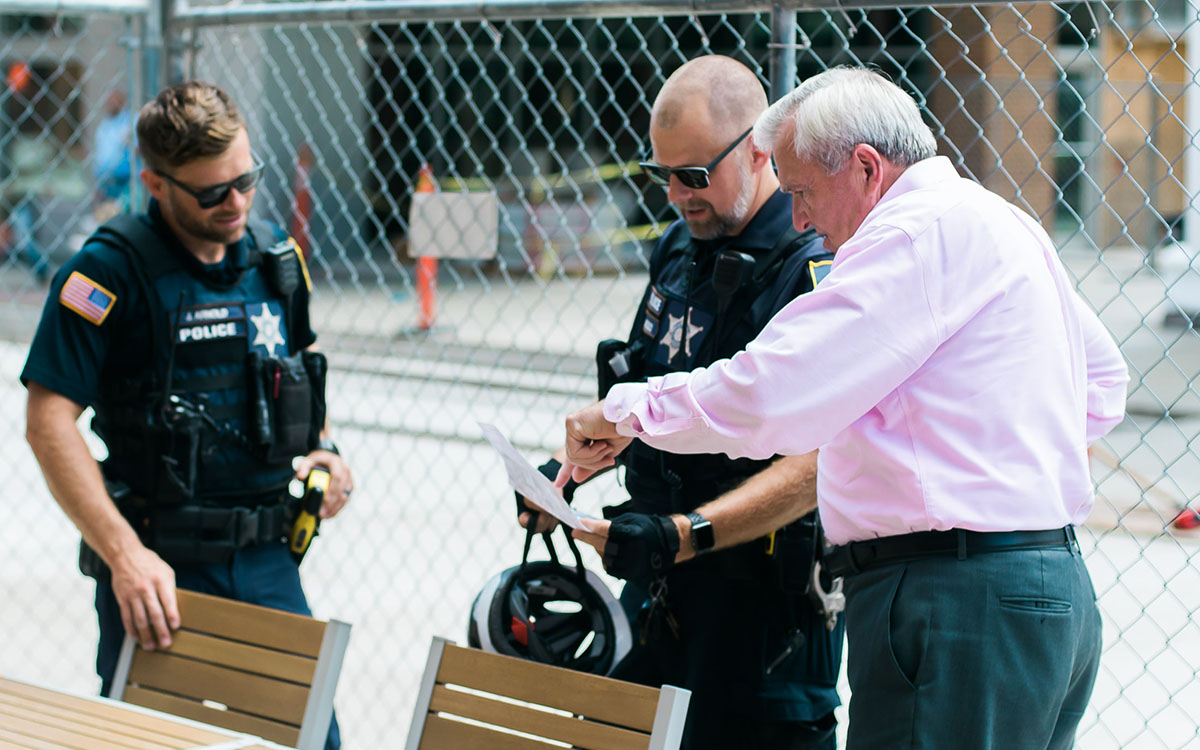 Statistics show that Fort Wayne is among the safest mid-sized cities in the country. There has been much positive momentum in this area under Mayor Henry’s leadership: violent crime is down for the second straight year, and homicides decreased by 45 percent, with a clearance rate of 83 percent. Mayor Henry views public safety as a priority and will combat crime by 1) maintaining a robust Fort Wayne Police Department that enjoys a full contingency of commissioned officers, and will recruit up to 500 new officers; 2) supporting and enhancing an aggressive, yet culturally sensitive, Gang and Violent Crime Unit; and 3) continuing to combat the opioid crisis by pursuing a public nuisance lawsuit against opioid distributors while working with the Fort Wayne-Allen County Department of Health and partner agencies to fight the opioid epidemic through proactive rehabilitation and prevention programs. In addition, our Fire Department will also recruit 370 firefighters by the end of 2023 to further ensure the safety of our citizens.

Mayor Henry believes that our downtown is the heart of Fort Wayne and that our vibrant neighborhoods are its backbone. To that end, the mayor will commit more than $48 million in neighborhood infrastructure enhancements in 2023, building on the nearly $40 million that was invested in neighborhood infrastructure in 2022. Nearly $250 million has been invested in neighborhoods since 2014. The Mayor will also continue investing in the city’s core civil services including clean water; the timely filling of potholes; cleared streets in winter; and the timely collection of trash, leaves, debris, and recyclables. 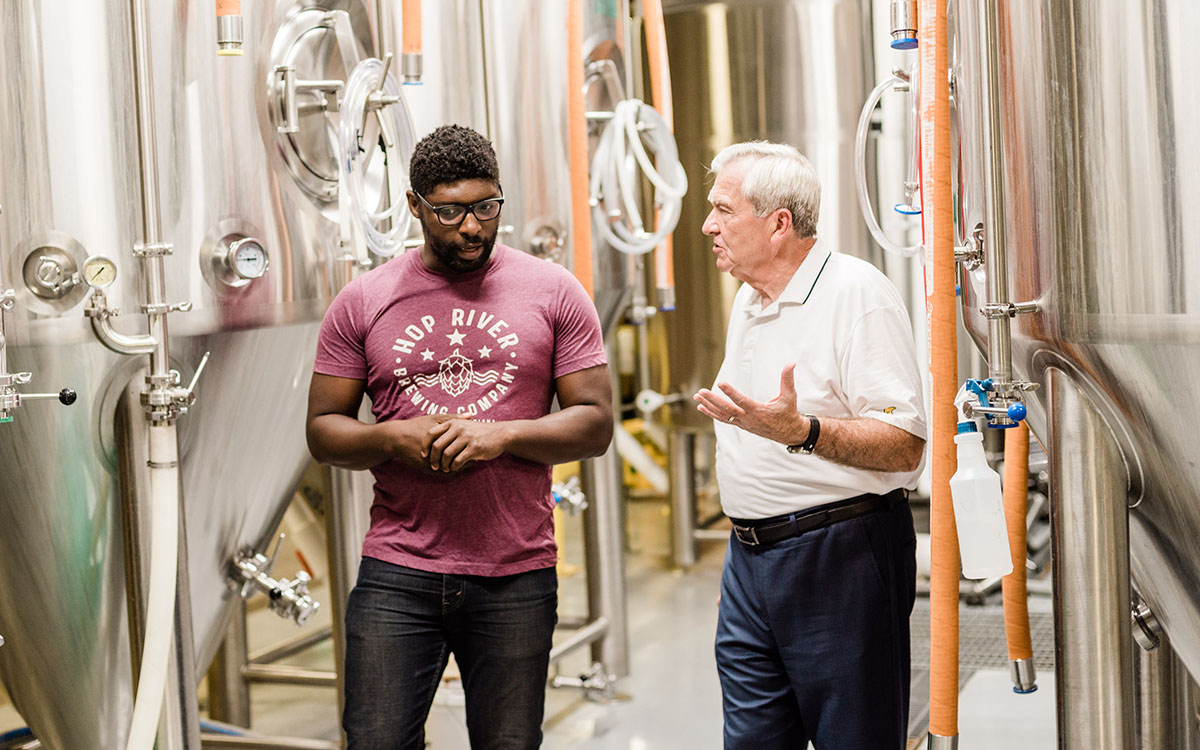 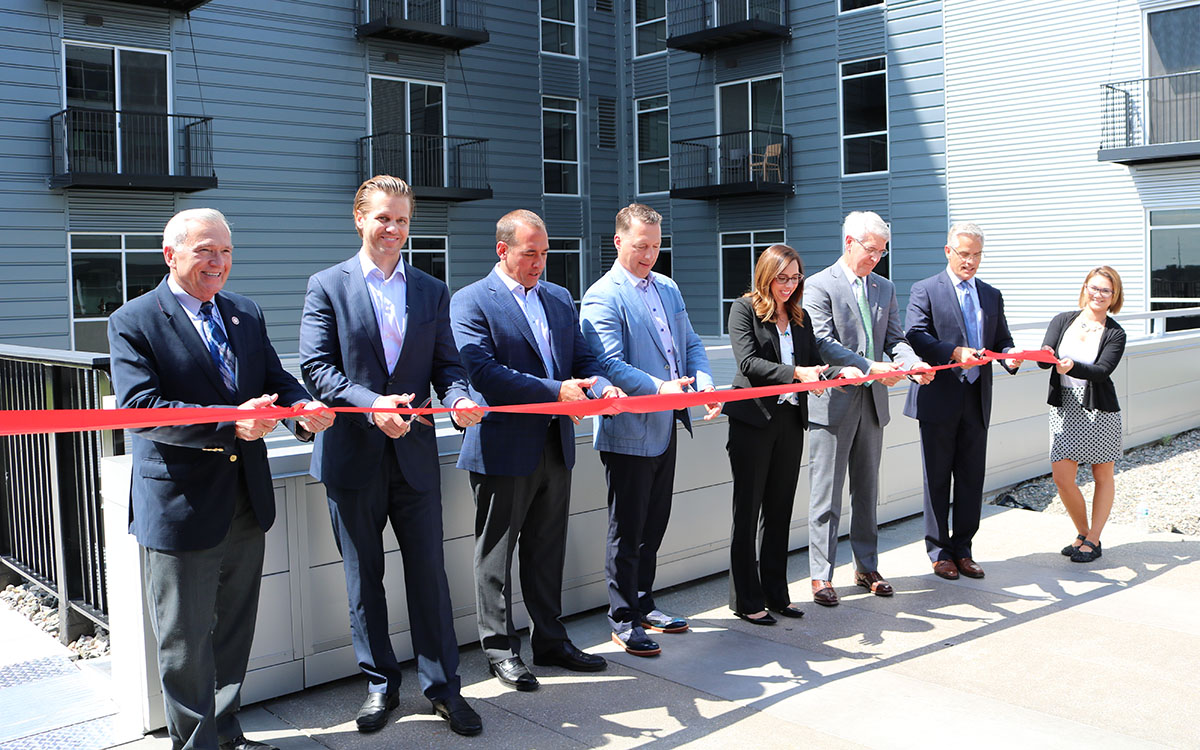 The heartbeat of the community has never been stronger as the downtown continues on its upward trajectory and our neighborhoods thrive. Mayor Henry celebrates the momentum of downtown’s current and projected brick-and-mortar projects. Electric Works is now open and includes the FWCS Amp Lab, the world headquarters for Do it Best, and the Union Street Market. With the addition of The Riverfront at Promenade Park, Ash Skyline Plaza, Cityscape Flats, and the Skyline Tower, he is constantly keeping a pulse on the needs and wants of the residents from every corner of the City of Fort Wayne.

Construction on The Lofts at Headwaters Park is set to start this year. The Ashberry development, corporate headquarters for STAR Financial Bank, will open later this year, and The Pearl, another mixed-use development, will be complete in late 2024. The mayor hopes to continue concentrating on the city’s economic prosperity through the next several years by overseeing the completion of the many new investments.

Mayor Henry has a strong record of successes in neighborhood infrastructure improvements, downtown development, job creation, business expansions, advances in public safety, and enhancements to the City’s world-class park system, all while keeping taxes historically low. Below are the highlights of successes under Mayor Henry’s leadership since he took office in January 2008: 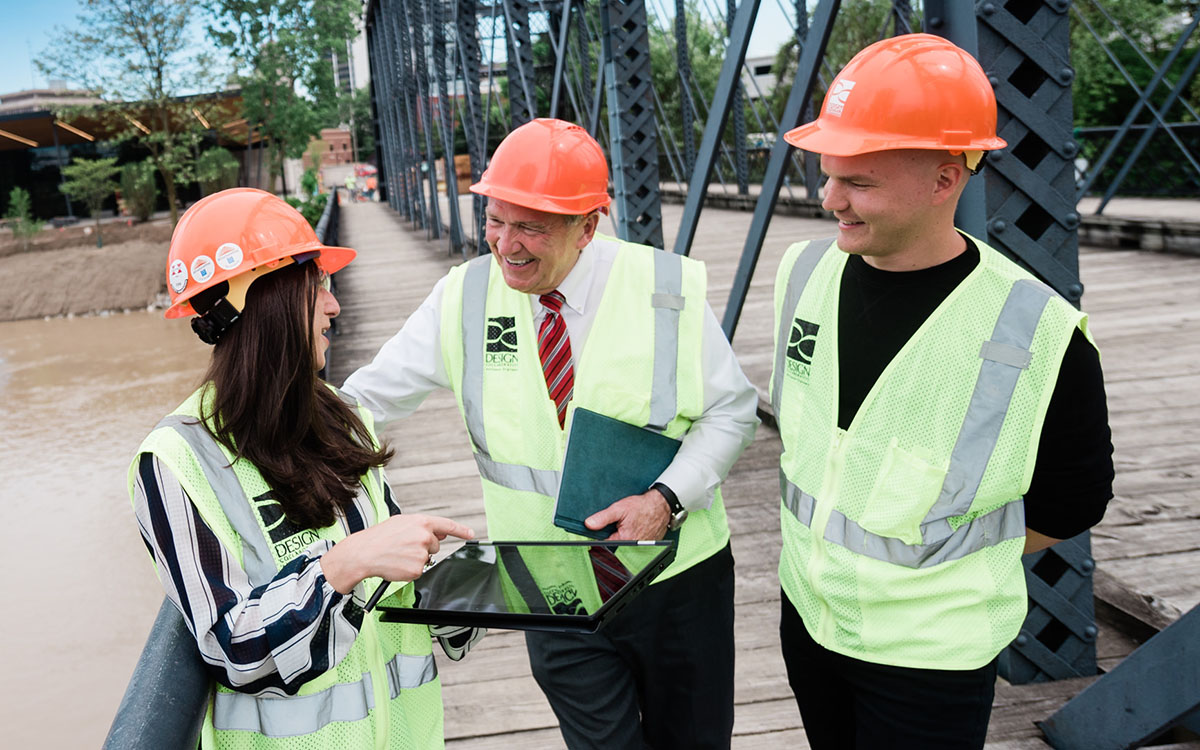 Mayor Henry is making the government the best it can be for residents and businesses by demonstrating a commitment to ENGAGEMENT, INNOVATION, and PERFORMANCE.

Mayor Henry is proud of the successes the city has realized under his leadership, but understands that it is our citizens who make this community a great place to call home. The mayor has accomplished much over the past 16 years and wants to continue the positive momentum and investment. The City of Fort Wayne is on the rise, and its future is bright. Mayor Henry is energized and encouraged, as he believes the best is yet to come!

#1 BEST CITY TO RAISE
A FAMILY›

LOWEST COST OF
LIVING IN THE USA›

TOP PLACE TO MOVE
TO IN THE USA›